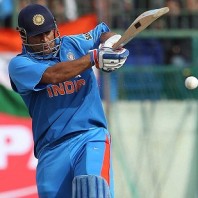 Our batting let us down in the 5th ODI vs. England – MS Dhoni

The captain of India, MS Dhoni, was optimistic that his team could have won the fifth and final ODI, had they played positively and scored another 30-35 runs.

The Blue Shirts lost the final One Day International against the visiting English side by a big margin of seven wickets. The fifth match of the series took place at Himachal Pradesh Cricket Association Stadium, Dharamsala, on Sunday, January 27, 2013. The hosts were restricted to 226 runs because of the deadly fast bowling from the rival bowlers who crushed the top order of India in the early part of their innings. Ian Bell played a heroic unbeaten knock of 113 runs which was scored from 143 balls comprising 1 six and 13 fours. The Englishmen found no problem to dispatch 227 runs for the loss of three mere wickets, clinched the match and regained their lost pride.

The home bowlers did not give up even after having a small total to defend and took the game nearly until the destined 50 overs. The game could have become more interesting had Eoin Morgan not blasted a couple of sixes in the 46th over off the youngster, Shami Ahmed.

Ishant Sharma was one of the most economical bowlers among all three pacers, including the young duo of Bhuvneshwar Kumar and Shami Ahmed. Sharma gave away just 37 runs from the 10 overs and made the first breakthrough when he clean bowled the English skipper, Alastair Cook, for 22 runs.

Sharma was the most successful Indian fast bowler who took five wickets in the series with the best of 2 for 29 runs. MS Dhoni was impressed by his bowlers in the fifth ODI and especially from the re-emergence of Ishant Sharma who bowled his heart out in the series. 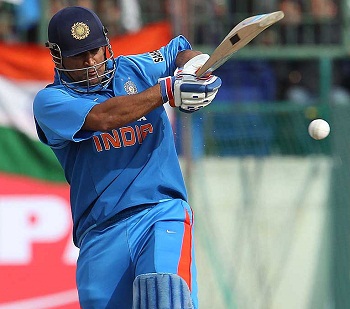 “Today bowlers got some help, maybe they were a little short today. The bowlers did well this series because the conditions really helped them too. Ishant was a big positive, he bowled really well throughout the series, if you look spell by spell.”

The skipper of England, Alastair Cook, won the vital toss and put India in to bat first on a wicket which looked helpful for the bowlers. The decision paid off instantly as the Men in Blue lost four of their top order batsmen for just 49 runs. Rohit Sharma was the first one to surrender for four runs followed by Virat Kohli and Yuvraj Singh who were both dismissed for a duck and Gautam Gambhir lost his wicket for 24 runs.

Suresh Raina played a brave innings of 83 runs as Ravindra Jadeja and Kumar contributed 39 and 31 runs respectively and gave some respect to the total as it reached 226. MS Dhoni thought that the team India might have won the match subject to another 30-35 runs that could have been added to the total by the batsmen. He confirmed that the limited overs series was a hard fought one which will assist the young players of the side in the future. Dhoni further commented,

“The ODI series was as tight as the Test series. We should have won this game, maybe we should have batted more sensibly. We were 30-35 runs short. But it is a young side and it will learn with time.”

India lost the final ODI but won the five match series 3-2 which was quite encouraging after a 2-1 defeat from the visiting Pakistan earlier this year. 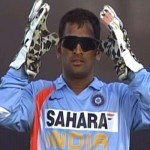 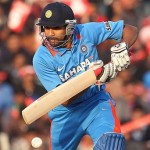 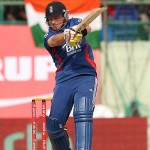 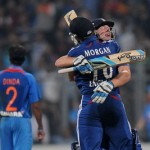