Mashrafe Mortaza astounded Ireland by his destructive batting in the final overs as Bangladesh won the third T20 and swept the series 3-0 against the hosts.

Ireland scored 140 runs with two wickets left in the allotted 20 overs and Bangladesh achieved the target by scoring 141 runs on the last ball of their innings for the loss of eight wickets.

Mashrafe Mortaza (Bangladesh) was declared ‘Player of the match’ for his all round performance. He grabbed four wickets for 19 mere runs in four overs and smashed 30 runs off 13 balls.

The third and final Twenty20 of the series was played on Saturday, July 21, 2012, at Civil Service Cricket Club, Stormont, Belfast.

Earlier, the captain of Ireland, William Porterfield, won the toss, came in to bat with Paul Stirling and they scored 11 runs in the first over with a couple of fours. Stirling hit a four in the second over followed by a six in the next but lost his wicket for 17 off 13 balls with one six and two fours.

The first wicket fell at 25 in 2.5 overs as Niall O’Brien came to the crease and opened his account with a four. The batsmen continued playing their strokes and boosted the score to 71 in 8.4 overs when Porterfield was caught by Elias Sunny off Mashrafe Mortaza for 28 off 22 deliveries with one six and two fours.

The Bangladesh bowlers took over as Niall O’Brien lost his wicket for 22 and the home side was reeling at 5-84 in 12.2 overs.

Trent Johnston tried to establish the innings but the wickets kept on crumbling from the other end. He remained unbeaten for 24 from 14 balls with one four and one six as Ireland reached 140 for the loss of eight wickets in the assigned 20 overs.

Mashrafe Mortaza was the star performer by grabbing four wickets, Abdur Razzak held two whereas Shakib Al Hasan and Elias Sunny chipped in with one wicket each.

The innings of Bangladesh was opened confidently by Tamim Iqbal and Mohammad Ashraful. Tamim Iqbal was the most furious of the two and dispatched 4 fours in the 3rd and 4th over as Ashraful humiliated Trent Johnston with 4 fours in the sixth over. The first fifty of the innings was attained in the seventh over and they accumulated the score to 62 in 9.2 overs. Mohammad Ashraful became the first victim at that stage after scoring 24 off 25 balls with 4 fours.

Tamim Iqbal went back to the pavilion after the addition of five runs to the total at his personal feat of 39 off 37 deliveries with 6 fours. The Irish bowlers ripped through the middle order batting of Bangladesh and the sixth wicket went down at 87 in 15.1 overs.

Mashrafe Mortaza and Mushfiqur Rahim stabilised the innings with concentration and added 12 runs in the 17th over with one six from the first. Mortaza butchered George Dockrell for 3 sixes in the 18th over and almost took Bangladesh to prosperity. The target was reduced to 16 from 12 balls as Mushfiqur Rahim hit a six on the second ball of the 19th over. Mashrafe Mortaza was clean bowled by Kevin O’Brien on the fifth ball of the 19th over for 30 from 13 mere balls with the assistance of 4 huge sixes.

The Bengal Tigers needed five runs off the last six balls and the winning run was dispatched on the last ball of the match by Elias Sunny.

Paul Stirling was the most successful bowler with three wickets, George Dockrell got two whereas Trent Johnston and Kevin O’Brien held one wicket each.

Bangladesh won the mind-blowing encounter by a margin of two wickets and swept the series 3-0. 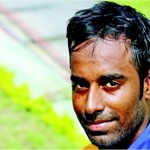 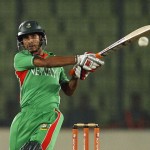 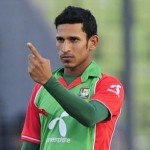