The axed Australian opening batsman, Simon Katich has denied the latest reports from the media that he has contacted the national selectors for becoming part of the team again. However, he offered his services for the Kangaroos as and when they require.

Simon Katich was a prominent batsman of Australia who played vital innings as an opener on various occasions and played his last Test against England at the Adelaide Oval in early December, 2010.

The Kangaroos are lately facing considerable problems in their top order and to counter this have tested with different opening pairs but were unable to find consistency in any duo. They played three Tests against Sri Lanka in August- September, 2011, and the performance of their openers was as follows:

New Zealand visited Australia recently and managed to break the bogey against their opponents in nearly 18 years in the second Test at Hobart by winning the second test and squaring the series 1-1. The Aussie openers were unable to impress once again by contributing a meager total of 3, 11 runs in the first Test at Brisbane and 7, 72 runs in the second.

It is near inarguable that the top two are the most important batsmen for any team to provide a solid momentum and platform for a winning total and Australia is lacking behind to find a suitable pair since long.

Katich refuted the news appeared in the media which described that he had contacted with a national selector John and said,
“I certainly haven’t heard anything about being involved in Boxing Day and in my experience, it’s probably more speculation than anything else. The quote that I made yesterday was that I have had no contact from John, I haven’t spoken to him. I’m not sure where this other stuff’s come from.”

The 36-year-old has also played 45 One Day Internationals, scored 1324 runs at an average 35.78, the highlight of which is an unbeaten 107 runs with nine fifties.

Australia is in dire trouble as far as their opening partnerships are concerned. The rumors are around that the national selectors may consider Katich to fill the void left by the available openers, as he is confident to provide the best possible start to the Kangaroos in the forthcoming series against the formidable Indians if provided with a chance.

He confirmed by saying, “If they come calling, they come calling and if they don’t, well I’m just enjoying my cricket. I had a slow start to the season, but once I started to spend some time in the middle, my last few games have probably been my best of the summer. So look, I’m available if they need me,” 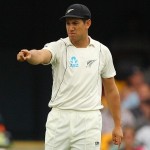