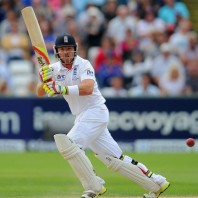 Another competent hundred by Ian Bell led his side to a commanding position in the 4th Test vs. Australia who lost momentum while losing 5 wickets cheaply.

The third day’s play was called off on Sunday, August 11, 2013, at Riverside Ground, Chester-le-Street.

Earlier, the Kangaroos went into bat in a commanding position at 5-222 in 74.4 overs whereas Chris Rogers and Brad Haddin were at the crease with 101 and 12 runs. The latter was declared leg before wicket off Graeme Swann for 13 and Chris Rogers became the next victim for 110 off 250 balls with 14 fours. The home bowlers ripped through the late order batting and the visitors lost their 9th wicket at 258. Ryan Harris was the only batsman who resisted by scoring 28 off 33 with 5 fours and the entire Australian side was bowled out for 270 in 89.3 overs.

Stuart Broad was the super bowler with five wickets, James Anderson and Graeme Swann shared two each whereas Tim Bresnan got one. 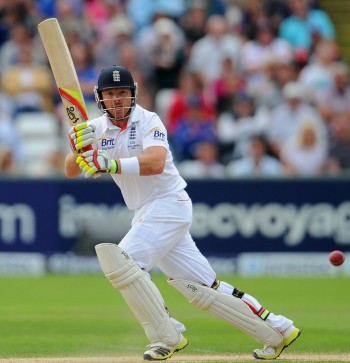 England started their second innings with a deficit of 32 runs and lost their first wicket at just 17 when Jonathan Trott got together with his skipper, Alastair Cook. Trott opened his account with a boundary as Cook already had dispatched 3 fours by then. They took the score to 42 when Cook was caught behind by Brad Haddin off Harris for 22 and Trott was the next casualty seven runs later for 23.

Kevin Pietersen and Ian Bell joined together under trying conditions and enhanced the score to 71 in 20 overs. The duo added 4 fours in the coming overs as the first hundred of the innings appeared on board in the 27th one. The batsmen kept on consolidating the innings while Pietersen hit 2 back to back fours in the 36th over which was the last one before tea interval. Bell was doing well at his end, he continued accumulating runs with regular boundaries and achieved his 38th Test fifty in the 43rd over with 2 fours. Kevin Pietersen survived an lbw review at 44 claimed by the rival captain, Michael Clarke but was gone at the same score in the 48th over.

The fourth wicket fell at 155 as Jonny Bairstow associated with the well settled Ian Bell who continued with his positive approach. The first hit two consecutive fours in the 52nd over while Bell continued his journey towards another three figures. The run rate was picked up by the pair and the ball was visiting the rope frequently. Bairstow was caught behind smartly by Haddin off Nathan Lyon at 221 after contributing 28 runs and was replaced by Tim Bresnan. Ian Bell powered his 20th Test century in the 71st over and remained unbeaten for 105 off 189 balls with 10 fours. Tim Bresnan held his end for 4 as the hosts reached 234 in 74 overs with five wickets still remaining.

Ryan Harris was the highest wicket taker with three whereas Nathan Lyon chipped in with two.

England has secured an overall lead of 202 runs and they are in a position to enhance the lead to 300 which can be a winning total on that pitch. 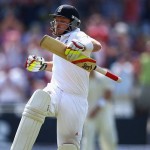 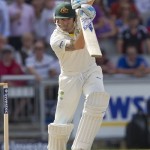 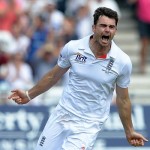 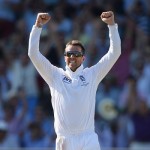