Australia will go in to the first Test against India one bowler short at Melbourne Cricket Ground which starts on the Boxing Day, 2011, but Captain Michael Clarke was optimistic they can get 20 wickets in the tour opener. 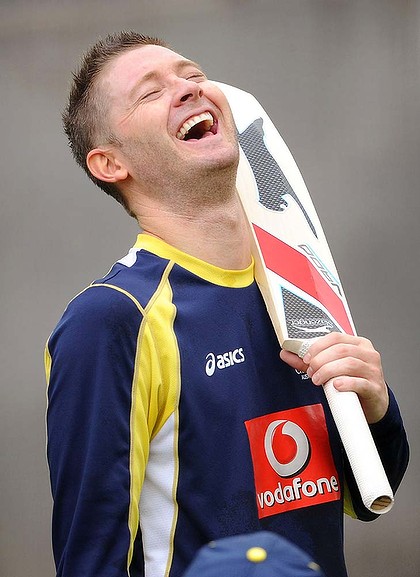 Shaun Marsh has been retained in the side keeping in view his brilliant form lately. He entered in the longer version of cricket with a bang once he made his debut against Sri Lanka at Pallekele International Cricket Stadium on September 8, 2011. He smashed 141 runs in the only innings of the Kangaroos as the match ended in a draw. The 28-year-old continued with the great form and scored 81 and 18 runs in the third and last Test of the series at Colombo. He had a rather subdued match against South Africa at Cape Town in November, 2011, where he could manage 44 and 0.

The dashing top order left hand batsman gained the confidence of the selectors by exhibiting his form and fitness in the Big Bash League 2011-12 match on December 22, 2011. He played a match winning Herculean knock by thrashing unbeaten 99 runs off just 52 balls which included five spectacular sixes and nine fours. The youngster enabled his team Perth Scorchers to chase a mighty target of 189 set by the rival Melbourne Renegades at Docklands Stadium, Melbourne. He suffered from back problems but has recovered fully and Clarke was confident Marsh will make the difference and commented,

“His back is fine, He’s taken it easy yesterday and today to make sure he’s fully recovered and ready to go come Boxing Day. I’d imagine you’ll see Shaun out here tomorrow facing some bowlers or at least having some throwdowns. He’s 100% ready to go.”

Ben Hilfenhaus has been given priority over all rounder Daniel Christian due to his aptitude of bowling long spells with accuracy. The right arm fast bowler has played 17 Tests and grabbed 55 wickets at an average of 34.65 runs per wicket, the best of 4 for 57 runs in an innings and 5 for 70 in a match. He has got enough talent to expose the batting of the rival team and that was the reason to place him in the side.

The Australians will go in the match with four specialist bowlers but Clarke was composed that there are three batsmen including him who can assist their main bowlers if required. He said,”I’m confident we’ve got the best XI to win this Test match in these conditions, I can use Michael Hussey, Ricky Ponting and myself to bowl a few overs. David Warner can bowl a few legspinners. I feel we’ve got the right XI to give ourselves a chance of winning this Test match.”

The Kangaroos have added strength in their batting while being optimistic that their bowling powerhouse will deliver the required results in the first Test. Ed Cowans will make debut after the promise he had shown in the Tour-match against the visitors at Canberra where he hammered 109 runs while opening the innings for Cricket Australia Chairman’s XI. Their playing eleven will be as under, 1 David Warner, 2 Ed Cowan, 3 Shaun Marsh, 4 Ricky Ponting, 5 Michael Clarke (capt), 6 Michael Hussey, 7 Brad Haddin (wk), 8 Peter Siddle, 9 James Pattinson, 10 Nathan Lyon, 11 Ben Hilfenhaus.