Harbhajan Singh could have made a difference 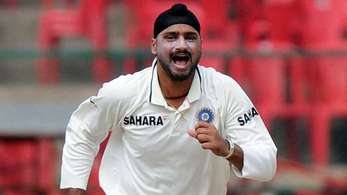 One of the famous commentators, a critic and the former great Captain of Pakistan, Wasim Akram was convinced that the accomplished off spinner Harbhajan Singh could have assisted India against the onslaught of the Australian bowlers.

India has preferred young off spinner Ravichandran Ashwin for the Australian tour while ignoring the experience of Harbhajan who has the potentials to make the ball talk on the bouncy tracks. Ashwin was given Indian Cap in the first Test against West Indies at Feroz Shah Kotla, Delhi on November 2011, and had been impressive throughout the series.

Harbhajan is one of the most experienced off spinners of India and has done well on the tours abroad quite often for the national team. He has appeared in 16 Tests against Australia and grabbed 90 wickets at an average of 29.35 runs per wicket with the best of 8 for 84 in an innings and 15 for 217 in a match. He has proved his worth against the Kangaroos both at home and while being with the team in Australia.
The right arm spinner is currently placed on the fourth spot among the all-time greats of spin bowling in Test cricket. He has clinched 406 wickets averaging 32.22, the best of 8 for 84 in an innings and 15 for 217 runs in a match.

The 31-year-old played his last Test against England in August 2011, at Trent Bridge, Nottingham. He has the quality to restrict the batsmen from scoring freely and always keeps them under check while stealing wickets as well. Akram was convinced that Harbhajan was the spinner which was the need of India against Australia and commented, “At least try and lure them to hit you over the top. India needed someone experienced like Harbhajan, who knows how to stop the batsman from taking singles and maintains pressure from one end. The Australians were playing Ashwin with ease and changing strike without a problem.”
Ashwin was the ‘find of the series’ for India against West Indies after he became the highest wicket taker while capturing 22 wickets in three Tests at an awesome average of 22.90 with the best of 6 for 47 in an innings and 9 for 128 in a match.

The Aussie batsmen found no difficulty facing Ashwin and they dealt him with ease in both the Tests at Melbourne and Sydney which were lost by India. Akram was sure that Ashwin has yet to learn how to bowl on the bouncy tracks and said, “In Australia, you will not get turning tracks. Even Australian spinner Nathan Lyon could not impress. So, what you will get here as a spinner is bounce. Ashwin hasn’t learnt to bowl on wickets offering bounce. He knows how to extract turn from helpful surfaces back home.”

Harbhajan has been side lined after his dismal performance in his past few matches but Akram believed there was no substitute for the experience of the off spinner.