The Indian squad has reached Sri Lanka to play a series of 5 ODIs and one T20. A lot of thrill is expected in the series as both teams will fight hard to win it.

Mahendra Singh Dhoni, the captain of the side has emphasised the importance of the series by saying that they will come to know where the team stands at the end of the tour. He was pleased to witness the energy level of the players, their body language is positive and they are keen to perform well.

The Sri Lankan team has performed excellently under the leadership of Mahela Jayawardene against the visiting Pakistani team while beating them in ODIs as well as in the Test series.

Both teams have faced each other 134 times, India has an edge over the hosts as they have beaten them 71 times. Sri Lanka has won 51 matches, 11 ended without any result and one was a tied encounter.

The first ever One Day International between the two teams was played on June 18, 1979 at Manchester and Sri Lanka beat India by 47 runs. They played the last game in the Asia Cup 2012, at Shere Bangla National Stadium, Mirpur, on March 13, 2012, and India won the match by 50 runs.

We will highlight the performance of two teams in the last five ODIs which is as follows:

India has won three out of the last five matches played, Sri Lanka was victorious in one whereas one ended as a tied. The Lankan Lions will be a tough opponent at their home grounds and the Blue Shirts will try to dominate as well. It is going to be an entertaining series for the cricket lovers across the globe, especially in India and Sri Lanka. 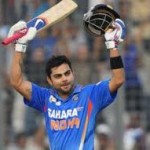