January 6 – Down the years

This piece will go down the memory lane as it covers how January 6 is significant in cricketing history.

One of India's greatest ever cricketers, Kapil Dev

One of India’s greatest all-rounders, Kapil Dev was born on January 6th, 1959. Here’s reminiscing over his illustrious career.

India’s first World Cup winning captain enters the world. Kapil Dev will always be remembered to have led an underdog Indian team to world domination in 1983 after defeating the mighty West Indies in the World Cup final at Lords. Besides, he is the country’s greatest all-rounder ever as well.

He was the first man to have broken Sir Richard Hadlee’s then world record of 355 wickets, eventually ending up with 434 of them to his name. He belongs to the elite club of players to have scored 5000+ Test runs and picked 400+ Test wickets. When he batted, he knew how to club the ball away in style and Zimbabwe suffered that in the 1983 World Cup when he smashed 175 not out, another world record Kapil achieved. And when he bowled, he knew best how to shatter the stumps of a batsman. As a fielder, he was brilliant too as he took an all-time great catch of Viv Richards in that glorious ’83 final.

He even has one of the fastest centuries of Test cricket in his name and his fitness was so impeccable that he played 131 Tests on the trot until he was banned for playing an attacking stroke at a wrong time in a Test match against England. He went on to coach India for a period of time and create the rebel Indian Cricket League (ICL), but that has now become defunct. Kapil though will never lose respect in the eyes of any Indian in his lifetime. 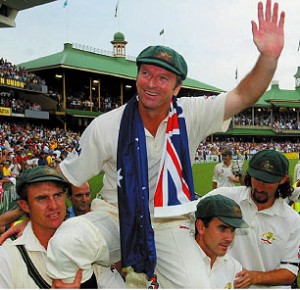 One of Australia's finest captains called it a day in '04

The last day of Test cricket for the legendary Steve Waugh. And what a way it was to bow out from the game! Few players retire when they are at their peak and the captain of their teams, and Waugh was one of those few to have done so. That too, at his home ground, the SCG!

Sachin Tendulkar lit up the ground with a marvelous unbeaten 241 in the first innings, which helped India score a mammoth 705 for 7 in the first innings. India could have taken the game away from the hosts but Waugh’s 80 in the second innings ensured that the Kangaroos do not lose a home series. India may have retained the Border-Gavaskar Trophy but Waugh had the last laugh as his team-mates carried him across the ground, as they responded with a standing ovation and thunderous applauses for a man who was highly accountable for making them world champions. 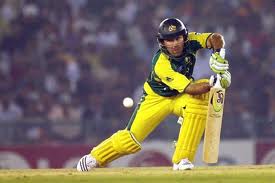 Ricky Ponting in his prime during the 2006 Champions Trophy in India.

Two years later and it was the turn of another Australian skipper to grab the limelight at the SCG. However, this skipper did not call it quits that day! It is none other than Ricky Ponting, who became the first player to score tons in both the innings of his 100th Test and he set up a thrilling victory for the world champs against a gritty South African side. Ponting scored 120 in the first innings as Australia recovered from 54 for 3, to 451 all out. In the process, he also crossed 8,000 Test runs. But he was not finished as he was at his prime and he had a task in hand. Smith declared bravely in the second innings and Australia were left to chase 287 in 76 overs. Ponting hit an exceptional 143 runs off just 159 balls as Australia won by 7 wickets inside 60 overs, and he was responsible in making this Test memorable for him as well as his team. 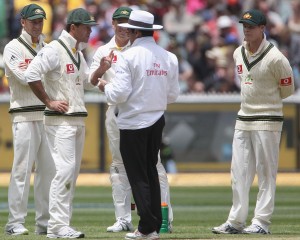 The Ricky Ponting of old indulging in another of his altercations with the umpire.

It was another Sydney affair. But this had an extremely ugly ending even as Australia won by 122 runs, and were unbeaten for the 16th time in a row in Test cricket.

Ponting this time had a poor game in the eyes of the majority of the cricketing world, especially the Indians who accused him to lead the team to indulge in gamesmanship.

There were allegations by the Australians as well, that Harbhajan Singh had racially abused Andrew Symonds. The disastrous umpiring decisions taken throughout the game affected its outcome in the end.

For the next Test at Perth, Steve Bucknor was suspended from umpiring duties. Post this incident, the series went on quietly. However, this was one of the most infamous incidents cricket has ever suffered and still remains a hot topic of discussion in the cricketing circle, especially now that India-Australia contests have spiced up after Sydney 2008.

The SCG is once again in the spotlight on this day. It was India’s archrivals Pakistan who played a relatively weakened Australian side and had their best chance to beat them for the first time Down Under. But they squandered it as Australia won a nerve-wrecking game by 36 runs and became just the sixth team in the history of the game to win a Test match after trailing by more than 200 runs in the first innings. Michael Hussey and Peter Siddle had a fighting partnership of 123 for the 9th wicket as they took full advantage of Mohammad Yousuf’s surprisingly defensive captaincy. Later, it was revealed that this match was fixed perhaps by the bookie Mazhar Majeed who was jailed for 2.5 years for being involved in the spot-fixing scandal in England in the same year.