The current Test and ODI skipper of Pakistan, Misbah-ul-Haq, is leading his side from the front and the entire batting of the team revolves around him.

Misbah-ul-Haq Khan Niazi was born on May 28, 1974, in Mianwali, a right hand batsman and an occasional legbreak bowler. He has played for Pakistan, Khan Research Laboratories, Faisalabad Wolves, St.Lucia Zouks, Royal Challengers Bangalore and Sargodha.

The 39-year-old is a gem of a batsman in modern day cricket with solid batting techniques and has the ability to play against any type of bowling irrespective of venues. He is a cool headed and composed player, a dedicated captain who always tries to tackle the situation according to merit. People around the world know him as ‘Tuck Tuck’ but he has proved time and again that his blade can tear apart all sort of bowling attack at will. He is solid like a rock in defence, he can change gears as and where required and knows how to negotiate under immense pressure.

The gifted batsman started his first-class career way back in 1998-99 and he has been a competent batsman on the domestic circuit for a long time. He had to wait  long until he finally got a chance to play international cricket since Pakistan already had the services of formidable middle order batsmen like Inzamam-ul-Haq and Mohammad Yousuf. Misbah played his first Test against New Zealand on March 8, 2001, at Eden Park, Auckland and scored 28 runs in his first outing. He has been an accomplished batsman throughout his international career and has proved his worth in the team.

Misbah-ul-Haq was handed the captaincy over after 2-3 Pakistani players were found involved in spot fixing on their tour of England in 2010. He consolidated the broken unit and provided his team with a new life through his personal performance in the field while making a name in the world of cricket as a thorough gentleman. The matured captain took Pakistan Test cricket to its heights while beating the then no. 1 side England, 3-0 at U.A.E in 2012.

The dashing batsman is the second oldest cricketer who is still playing Test cricket (39 years and 151 days) whereas the first one at the moment is the legendary little master, Sachin Tendulkar, of India (40 years and 185 days).

The right hand batsman is the leading batsman in the world at the moment with most runs in ODIs without any century and has registered most no. of fifties without any ton in that particular format of the game.

Misbah-ul-Haq has taken part in 39 Twenty20s for the Green Shirts and scored 788 runs at a reasonable average of 37.52, the best of unbeaten 87 comprising three fifties with a strike rate of 110.20. He played his last T20 against England on February 27, 2012, at Sheikh Zayed Stadium, Abu Dhabi and managed 28 runs.

The master blaster was the highest run scorer for his country in the recently concluded two Test series (2013) played against South Africa in the U.A.E. He smashed 218 runs in four innings at a superb average of 72.66, the best of 100 with 1 hundred and 1 fifty. Pakistan will play five ODI series against the Proteas under his leadership in U.A.E. The first game of the series will be held at Sharjah Cricket Stadium, on October 30, 2013, and he will be a lethal weapon for the Green Shirts.

Though Misbah-ul-Haq is getting older, his game is cruising towards its peaks and there is still a lot more to come from him. He must be eyeing on grasping the ICC Cricket World Cup 2015, which will be hosted by Australia and New Zealand before calling it a day in the shorter version of the game. 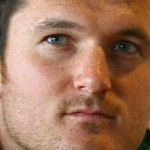 South Africa – No.1 Test side after Lord’s encounter