Ravi Rampaul, the upcoming all rounder of West Indies had created a world record by thrashing 86 runs against India on December 2, 2011 at Visakhapatnam.

We will highlight top five batsmen of the globe who have done well while playing at no.10 in the One Day Internationals and the result of the games involved in while establishing those records. 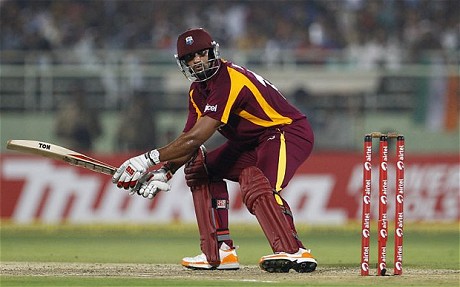 Ravi Rampaul Scored 86 Against India Batting at No. 10

The Windies were in dire trouble and has lost eight wickets at 149 runs and the procceding looked gloomy for them when Rampaul entered in and took guards. Lendl Simmons was the only resistance for Indian bowling who stood firm while wickets kept on tumbling at the other end.

Simmon lost his wicket on well played 78 runs after the addition of 21 runs in the total. The ninth batsman went back to the pavilion in 35.6 overs as the last batsman Kemar Roach joined in with Rampaul.
The Caribbeans looked like squeezing their innings well before the allotted 50 overs when Rampaul took complete charge of the situation. He vindicated the Indian attack by severely and their formidable bowlers were at his mercy until the end of the 50th over.

The 27-year-old smashed unbeaten 86 runs off 66 balls with the help of 6 towering sixes and 6 fours as West Indies climbed to 269 runs for nine wickets.

The efforts of Rampaul went in vain as India managed to win the match by five wickets after scoring 270 runs in 48.1 overs as Virat Kohli scored 117 runs well supported by Rohit Sharma who remained unbeaten on 90 runs. 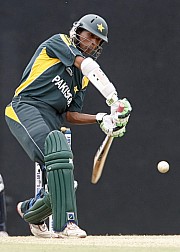 The third ODI was played against New Zealand on November 9, 2009, at Sheikh Zayed Stadium, Abu Dhabi, which was a neutral venue.

The Black Caps were restricted to 211 runs before they were bowled out in 46.3 overs and the target sounded easy for the Green Shirts.

Their batting collapsed and eight wickets were lost for just 86 runs when Young Mohammad Aamer came in the center and joined with Umar Gul who was also gone at 101 runs. A big defeat was obvious when Mohammad Aamer took over and played a game of his life time along with Saeed Ajmal who gave him admirable support at the other end.

Mohammad Aamer thrashed unbeaten 73 runs off 81 balls which comprised three sixes and seven fours as the duo nearly took Pakistan near to the victory.

Saeed Ajmal lost his wicket on the first ball of the final over, Pakistan managed 204 runs and lost the thrilling encounter by seven runs. 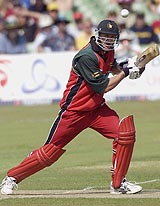 First ODI was played against India at Nahar Singh Stadium, Faridbad, on March 7, 2002.

India thrashed 274 runs for the loss of six wickets in 50 overs which was a challenging target for Zimbabwe.
Marillier was the ninth batsman who went in to change the fortunes of his team once eight wicket was down at 210 runs in 44.2 overs. Tatenda Taibu was at the crease with five runs and India was two wickets away from the victory.

Marillier made his intentions clear by dispatching a four on the last ball of the 45th over and continued with couple of more in the next over. He smashed 21 runs in the 47th over with the help of two fours and a six and the match was slipping away from India.

Taibu lost his wicket on the fourth ball of the 48th over at 253 runs and still 22 runs were required by the visitors to win the match. Gary Brent came in next and Zimbabwe scored 12 runs in the 49th over and miller contributed 11 runs with two fours.

Zimbabwe required 10 runs to win the match, and Marillier got four runs on the first ball, single on the second, Brent took one runs on the third ball and the winning boundary was dispatched once again by Marillier.

Zimbabwe won the exciting match by one wicket in 49.4 overs with the unbelievable innings produced by Marillier who remained unbeaten on 56 off just 24 deliveries aided with one six and 10 fours. 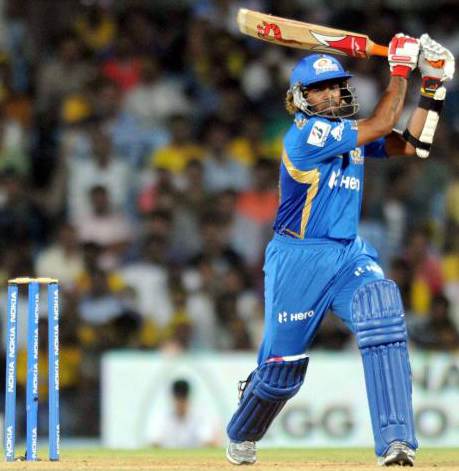 The first ODI was played at Melbourne Cricket Ground, on November 3, 2010, against Australia. The hosts scored 239 runs for the loss of eight wickets in the regulated 50 overs.

Sri Lankan batting line up could not resist against the accurate bowling of the Kangaroos and lost eight wickets for just 107 runs and defeat looked obvious. Malinga came in to bat in hostile conditions and joined in with Angelo Mathews who was fighting hard at the other end at 11 runs.

Malinga got a life once he was dropped at eight runs by Brad Haddin off Xavier Doherty and never looked back from there. The duo butchered the rival bowling by smashing them all over the park.

Malinga played a heroic knock of 56 runs with the help of 2 sixes and 6 fours and shared a match winning stand of 132 runs for the ninth wicket with Mathews.

Malinga lost his wicket not before equalizing the score at 239 runs and the last batsman Muttiah Muralitharan dispatched the second ball of the 45th over for four which brought victory to the Lankan Lions. Mathews remained unbeaten on 77 off 84 balls which included one six and eight fours.

Sri Lanka won the thriller by one wicket, Mathews was declared ‘Player of the match’ but he gave full credit to Malinga by commenting,

“I am still catching my breath All credit must go to Lasith. Batting was so easy then.” 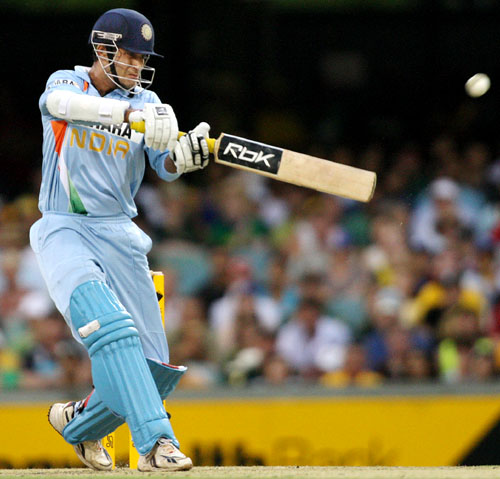 The Kiwi’s were sent back to the pavilion at 215 runs in 43.1 overs and a target of 216 runs suggested an easy target for India keeping in view their strong batting line up.

Indian batsmen showed a dismal performance and their eight top class batsmen were dismissed for mere 44 runs in 13.1 overs and seven of them could not enter in the double figures. Jai Prakash Yadav was at the crease at one run when Irfan Pathan walked in to face the fierce bowling attack of Shane Bond and Andre Adams.

The duo concentrated with passion and enhanced the scoring in the later part of their innings. They defended the dangerous deliveries with professional approach and punished the lose balls accordingly. Both of them achieved their fifties in between that and posed a threat for the Black Caps.

Irfan lost his wicket while trying to accelerate the scoring rate at 50 runs off 61 runs which included one six and three fours. They shared 118 runs partnership for the ninth wicket which was gone at 162 runs in 36.6 overs.

Yadav did not last longer and was dismissed on the second ball of the very next over after the addition of two runs in the total. He scored 69 runs off 92 balls with one six and 11 fours. New Zealand won the match convincingly by 51 runs besides brave innings from Irfan and Yadav.