At last, the Indian Premier League will be coming to an end on May 27, 2012. After 52 days of insane entertainment, the two contenders for this year’s championship have been decided. Chennai Super Kings once again out of nowhere makes it to another IPL final, their fourth in five years and will be contesting it yet again at home. Their opponents are Kolkata Knight Riders, who had been the laggards of the IPL in the first three seasons but have made an impressive turnaround by finishing fourth last year and making it to the final this year for the very first time.

These two teams have an extremely huge fan following, but for different reasons. While Chennai has played the finest quality cricket than the other sides and hold regular marketing campaigns, Kolkata has a Bollywood superstar as their owner who has entertained the entire country and the world for two decades with the movies he features in. Besides, he is considered to be the king of marketing and can go to any extent to popularize his team. Hence for those especially who love to link the world of business with cricket, this is a dream final to watch.

But coming back to the cricketing aspect, let’s begin with Chennai Super Kings. Chennai came into the IPL 2012 again with the tag of defending champions behind their backs. Winning two IPL titles in a row is no mean achievement, but there are more expectations from a champion side led by someone like MS Dhoni. Although Dhoni has had a rough year with India after winning the World Cup, he somehow likes to return to the IPL to lead Chennai and does a better job. This year he has not been upto the mark, but has somehow managed to get Chennai to the playoffs and then to the final.

Chennai was struggling at the beginning of the IPL 2012 and not many would have thought that they would make it to the playoffs, let alone win the title. For the first time in the history of the competition, they could not win regularly at home. The likes of Mumbai Indians and Kolkata Knight Riders thrashed the Super Kings at Chepauk while Kings XI Punjab upset them in one of the round robin games by 7 runs. Although they once again took their time to get into the groove of playing together as a team to win matches, this time Chennai did play extremely inconsistent cricket in the first 16 matches.

Dhoni and co. were able to beat bottom ranked teams such as Rajasthan Royals, Deccan Chargers and Pune Warriors India twice, which is why they notched up six victories. The other two came against Kolkata Knight Riders in Kolkata after a six was hit on the last ball of the match and against Royal Challengers Bangalore at home which was another last ball finish where Ravindra Jadeja hit a four to help Chennai chase down a monumental target of 206.

8 wins out of 16 matches equaled Chennai’s tally to that of teams such as Bangalore and Punjab but Chennai scrapped through the last four with some fortune as well. Deccan Chargers beat Rajasthan Royals and Royal Challengers Bangalore in their final two matches and Mumbai Indians also overcame the Royals in Jaipur. This meant that the net run rate would come into the picture and Chennai’s was better than the rest.

Chennai’s star batsman this season has been the South African Faf du Plessis and not Suresh Raina. du Plessis has scored 398 runs in 13 matches he has played, but is unfortunately not in CSK’s scheme of things at the moment due to the very presence of Michael Hussey in the team.

Mr. Cricket is still Dhoni’s preferred choice when it comes to opening the batting for the side, and his contribution will be vital against Kolkata Knight Riders in the final knowing that he is a big match player and definitely a Mr. Dependable.

However, Raina’s form is a huge concern for the Super Kings. He has not been at his very best throughout the IPL 2012, although he did hit a 17-ball 27 in the last playoff match against Delhi Daredevils. His season tally of 368 runs in 18 matches has been his lowest out of all the five IPL seasons so far and there is no particular reason which can be given for this. Except that Raina is a human and not a superhuman. If he can score big against the Knight Riders, all will be forgiven for sure.

Murali Vijay has struck form at the right time, following his hundred against Delhi and another innings like this will not make anyone realize that this was the same player who was dropped at the initial stages of the tournament for being woefully out of touch. Add MS Dhoni, Dwayne Bravo and Albie Morkel, all who can thrive in pressure situations to this list and Chennai’s batting becomes even more formidable for Kolkata’s bowling attack. Bravo and Morkel are potential match winners and not just all-rounders, but both need to fire for the side to win on Sunday.

But Kolkata can take on the Chennai bowling attack. Ben Hilfenhaus has spearheaded the attack exceptionally well in his first IPL season with 12 wickets, but the others have been average. Ravichandran Ashwin has not been at his very best this year, although he did pick up 3 wickets against Delhi Daredevils. Bravo with 14 wickets is the highest wicket taker for Chennai while Ravindra Jadeja and Albie Morkel also have 12 wickets each to their name. Although many would argue that Chennai plays as a team, their bowling is still their weakest link irrespective of the conditions. The Super Kings somehow cover up with their high fielding standards, which may prove to be the difference between them and the Knight Riders on Sunday.

Coming to the Kolkata Knight Riders, this team thoroughly deserves to win their first ever IPL title because they strived and fought extremely hard to ensure that they made it to the playoffs stage for the second year in a row. They made it on their own merit, which is admirable and could have almost become the No.1 team on the points table by the end of 16 games. This has easily been their best IPL since the last five years because of the consistency with which they have won matches and lost hardly any.

Much like Chennai Super Kings, Kolkata Knight Riders began the tournament in disastrous fashion by losing to the Delhi Daredevils at home and Rajasthan Royals in Jaipur. Nothing seemed to be going right for them, until they learnt from their failures and quickly pulled up their socks. Since then, they took their revenge against both those teams when they played them again and only lost to Chennai Super Kings, Mumbai Indians and Kings XI Punjab at home. Their away record in particular has been outstanding in the IPL 2012 and mind you, they did defeat Chennai at Chepauk for the first time in five years too, the venue of the final incidentally. So Kolkata can be inspired from their performance in that game, and there is no reason why they cannot repeat that on Sunday.

Kolkata Knight Riders ended with 10 wins in 16 matches, which made them finish second on the points table. They proceeded to the final directly by defeating the No.1 team Delhi Daredevils in their playoff match in Pune. And their prime reason or rather reasons for their success, is the tremendous form of Gautam Gambhir and Sunil Narine.

Gambhir has been outstanding for the Knight Riders this season, and has led from the front on the field and with the bat in particular. He has finally proved that he is worth $USD 2.4 million by smashing 588 runs in 16 matches that the team has played so far, which include six fifties and a strike rate of 145. He is the second highest run getter out of all batsmen, with only Chris Gayle being above him. The Delhiite has been so strong that he has made up for the Knight Riders’ otherwise fragile batting line up.

On the other hand, Sunil Narine showed why he is one of the emerging talents of world cricket by having a successful debut IPL season. This could be the smartest pick of the 2012 auction out of all the players, especially if they go on to beat Chennai in the final. There has been no one batsman who has got the better of the West Indies’ off spinner and deception is his middle name.

Even the most experienced players of spin in India such as Sourav Ganguly and Sachin Tendulkar struggled to pick his variations. He was rewarded for his innovative style of spin bowling, with 26 wickets in 17 matches at an outstanding rate of 5.20, which is great even for ODI cricket these days.

However, Kolkata’s major weakness seems to be the form of the middle order. Jacques Kallis has not been the run machine like he was last year for the team, even as he has made up for it well enough with the ball by picking up 16 wickets in 17 matches. Manoj Tiwary has only played one innings of note this year, a 41-ball 40 at the Wankhede against Mumbai Indians. He needs to play a similar knock in the final, like he did in Chennai in the IPL 2011 if his team stands a strong chance to win. Yusuf Pathan also scored 40 against Delhi Daredevils in the playoff game, but otherwise has been a misery. This man could prove to be a headache for Dhoni if he gets going and Gambhir out of all people would be hoping that, since he has backed him tremendously and that too is commendable leadership.

But the trio of Pathan, Debabrata Das and Laxmi Shukla cannot be trusted in a crunch game to deliver, even if they are enormous T20 talents. Brendon McCullum has also not delivered much this season but he has another chance to prove why he is known as one of the world’s dangerous batsmen in the shortest format of the game. Kolkata’s batting is unpredictable and on what should be a slow Chennai pitch, the team might struggle to score and that might force Gambhir to consider batting first if he wins the toss.

Bowling though is Kolkata’s biggest strength, whether pace or spin. If Lakshmipathy Balaji recovers from his injury, he could prove to be vital for Kolkata against his former team. After all, he is from Tamil Nadu and knows the Chennai conditions better than any other bowler in the team. Brett Lee or Marchant de Lange might not be considered by Gambhir even in a pressure game, although Lee has performed well for the side.

Gambhir will try to play the same team that played Delhi Daredevils the other night in Pune. It is because the team is packed with slow bowlers, who can trouble the Chennai batsmen as most of them prefer to play pacers. Rajat Bhatia has been Kolkata’s unsung hero, as not many would have yet realized the impact he creates with his performances, even if they are meager. The medium pacer bowls 4 overs in almost every game he plays, and that has seen him pick up 12 wickets in the competition.

Whereas, Shakib al Hasan and Iqbal Abdulla can prove to be more than handful on what is likely to be a traditionally sluggish Chennai pitch. Hence, it is mainly going to the battle of Chennai Super Kings’ batsmen against Kolkata Knight Riders’ bowling and the winner of it could proceed to win the title as well. May the best team win! 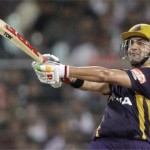 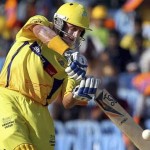