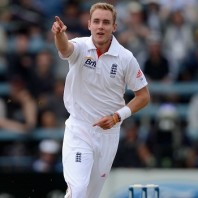 The visiting Englishmen removed three top order batsmen of New Zealand after piling up a sufficient first innings total on board and they are on top in the match.

England cumulated 465 runs in the first innings after utilizing 146.5 overs at a net run rate of 3.16 and the Black Caps managed 66 runs after losing three important wickets.

Earlier, the tourists went into bat in a formidable position at 2-267 in 90 overs whereas Jonatahn Trott and Kevin Pietersen were unbeaten at 121 and 18 runs respectively. The hosts got the immediate breakthrough when Trott was gone at his overnight score of 121 on the first ball of the 91st over. Ian Bell got together with Pietersen but they found it difficult to score the runs freely and reached 291 after 102 overs. Pietersen hit the first six of the match in the next over as Bell was caught by Peter Fulton off Bruce Martin for 11. The fourth wicket fell at 302 as Kevin Pietersen registered his 30th Test fifty with a four in the 111th over. Joe Root became the next victim at 325 after scoring 10 runs and was replaced by Matt Prior.

Steven Finn lost his wickets for 24 as the total touched 457 and eight runs later Matt Prior was caught by Neil Wagner at short third man off Kane Williamson for 82 off 99 deliveries comprising 2 lofty sixes and 10 fours. The entire English side was bowled out for a healthy score of 465 in 146.5 overs. 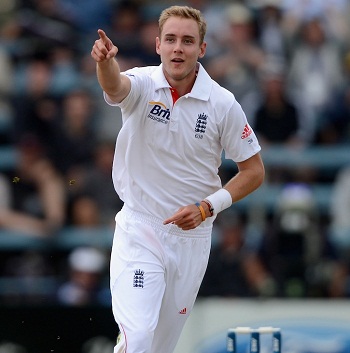 The Black Caps lost their first wicket early at 6 when Peter Fulton was gone for just one run as Kane Williamson associated with Hamish Rutherford. The first opened his account with a four as Rutherford hit his first boundary in the 9th over. The pair tried to consolidate the innings with a positive approach and kept the score board moving at a reasonable pace. The score was taken to 46 in 21 overs when Stuart Broad got two valuable wickets on the consecutive deliveries of the next over. He got rid of Rutherford for 23 on the third ball of the 22nd over and the ace batsman of the Kiwis, Ross Taylor was clean bowled for a duck.

Kane Williamson and Dean Brownlie saw the day off for the home side by scoring 8 and 32 runs respectively as the score board displayed 66 runs after 33 overs.

England is in total command of the Test as New Zealand still faces a deficit of 399 runs in the first innings and a couple of quick wickets on the third day can put the hosts in danger. 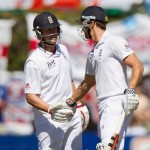 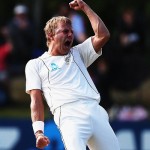