The prolific run getter, Ian Bell, has urged England to regroup for maintaining the ICC Test No.1 ranking and fight well in the last Test vs. South Africa.

The first position of England is at stake after losing the first Test to visiting South Africa. The hosts have to win the third game at Lord’s to keep their top position intact.

England rose to the peaks of Test cricket while beating India in the home series at 4-0 and snatched the No.1 position from them. The first Test at Lord’s, London, was won by 196 runs on July 25, 2011 followed by the same result in the second Test at Nottingham, on August 1, 2011, by 319 runs. The third Test was clinched by a huge margin of an innings and 242 runs at Birmingham, on August 13, 2011. A clean sweep was registered by humiliating the Indians at The Oval, on August 22, 2011, by an innings and 8 runs. 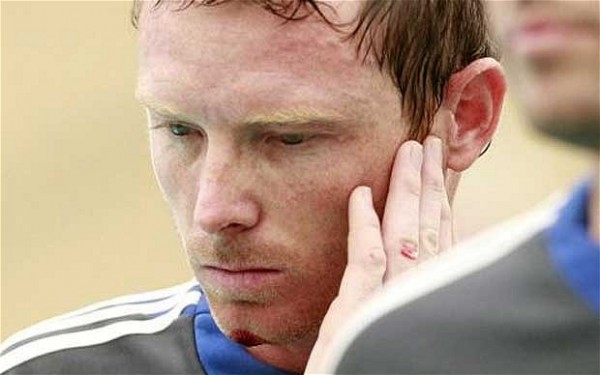 Ian Bell – Worried about the performance of England in Test cricket

The mighty Proteas made the life of England difficult by disgracing them with an immense margin of an innings and 12 runs at Kennington Oval, London, on July 23, 2012. The Englishmen were beaten all ends up in almost all departments of the game and had no answer to the stable batting line up of the visitors. Hashim Amla played a life time innings of unbeaten 311 runs whereas Jacques Kallis retained his end by hammering 182 and Graeme Smith laid a solid foundation by thrashing 131 runs. The miseries for the home side were multiplied by the lethal bowling of the rival team as Morne Morkel claimed four wickets in the first innings and Dale Steyn grabbed five in the second.

The rain came to the rescue of England in the second Test which ended in a draw at Headingley, Leeds, on August 6, 2012. The third Test will decide the fate of the No.1 position holder in the ICC Test ranking. Ian Bell believed that the final Test will be a tough fought match and England will prove to be a difficult opponent especially at their home grounds. He said,

“We have always believed we can beat any team, certainly in England. The three series I have played against South Africa have been really tough and really close and I don’t expect this Test match to be any different.”

England played three Test series after beating India in the summer of 2011, and is currently involved in the fourth one. They have played 10 Tests until the end of the second Test against South Africa at Headingly, Leeds, and have lost five of them. The decline started when Pakistan murdered them 3-0 in the three Test series played in the United Arab Emirates in January-February, 2012.

The two away Test series against Sri Lanka was tied at 1-1 in March-April, 2012 and the three home Test series vs. West Indies was won by the Englishmen comprehensively 2-0.

Ian Bell was critical of the performance of his team in the past 12 months and thought that England has to play well to maintain their position. He narrated,

“Getting to number one was just part of it. As a group we wanted to stay there as long as possible. But we haven’t performed. Over the last 12 months we haven’t really been in the form of the last three years so it’s put us under pressure to stay there. We have got to learn from these lessons if we want to keep being number one or if we want to get back there if we lose the spot.”

The third and final Test vs. South Africa will start from August 16, 2012, at Lord’s, London and Ian Bell is sure that England can win the match by overcoming their weak points.