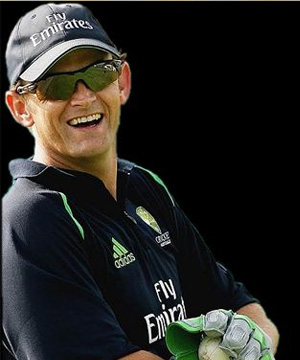 One of the best wicket keepers of the world, Adam Gilchrist of Australia has predicted that India will land in his country with a glittering chance of winning the Test series for the first time ever.

India will play four Tests against the hosts which will be followed by two Twenty20s and One Day International tri-series involving Sri Lanka.

India has yet to win a Test series against the Kangaroos in Australia and their present outfit under the Captainship of MS Dhoni has all the potentials to beat them and Gilchrist has a strong belief in that.

India had a terrible summer and was beaten badly by England 4-0, followed by defeat in the only T20 and 3-0 defeat in the ODIs. They were unable to cope with the destructive pace attack of England who kept them under check all through the summer.

The blue shirts humiliated England and took revenge while they visited India beating them 5-0 in the ODI series.

India won the recently concluded three Test series against West Indies 2-0 by their all round performance. Their batsmen performed well but their spinners were unplayable throughout three Tests. The cricketing world witnessed the emergence of two world class spinners, Ravichandran Ashwin and Pragyan Ojha. Ashwin was the highest wicket taker in the series by grabbing 22 wickets as Ojha became his successor with 20 wickets.

Both of them impressed Gilchrist who believed the duo can create problems for the Australians and commented,
“Ashwin will look forward to bowling in those conditions. He is a tall guy and will try to extract the bounce and Pragyan Ojha, playing alongside him I know, will also be able to spin the ball. They will definitely have a role to play. They may not end up in the wickets column but they will have some contribution to make.”

India played four Tests on their visit to Australia in 2003-04, the four Test series was drawn 1-1 as two Tests were drawn.
They visited last time in 2007-08 and lost the series 2-1 while one Test ended in a draw.

Australia has been doing well at the moment and has won the three Test abroad series against the hosts 1-0.
New Zealand is currently visiting Australia and the home team has won the first Test at Brisbane convincingly by nine wickets.

Gilchrist believes that Australia is passing through a transition period whereas India is performing well already as a unit and has anticipated series victory for India. He further said,

“Its a good chance for India with Australia being through somewhat of a transitional period. They are still finding their way. India have got a few good results in the last couple of series (against Australia)”

India will play their first Test from December 26, 2011, at Melbourne Cricket Ground and they will try to prove their worth as predicted by Gilchrist. 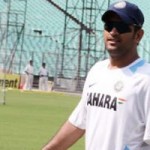