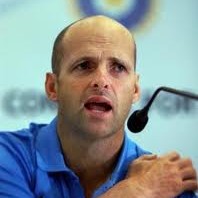 During the days of greats such as Kapil Dev, Sunil Gavaskar and Mohammad Azharuddin, apparently the BCCI had a domestic coach only policy for unknown reasons. This maybe one of the factors which played catalyst to India not being able to prove themselves as world champions after the historic 1983 World Cup victory and continued to be considered as one of the underdogs of world cricket, who won say 3 games out of 10 because of outstanding performances by one or two players at the most. The inputs of a coach are a key ingredient of a sports team’s success and this ideology will remain the same for the times to come. Take Sir Alex Ferguson of Manchester United or Pat Riley, the legendary erstwhile coach of Los Angeles Lakers for example!

But at the beginning of the last decade, Indian cricket was involved in a dirty match fixing scandal which shocked the entire cricketing world. It was also the time coincidentally when India lost a rare Test series at home for the first time since the 1980s. The aggressive, young Sourav Ganguly replaced Sachin Tendulkar as the captain of the team but there was another event which also took place.

John Wright, the former New Zealand southpaw opener was hired as the first ever foreign coach of the Indian team. Wright and Ganguly had a tough task on their hands but definitely this turned out to be one of the best decisions taken by the BCCI. Ganguly complemented Wright’s calmness and lateral thinking off the field with his aggression and intuitiveness on the field extremely well! Within a year’s time, India had beaten the world champions Australia in a Test series at home and won back the trust of their supporters all around the world. 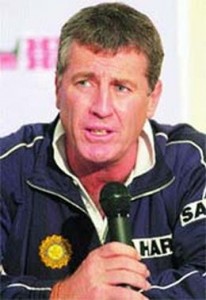 Unfortunately though, it is only Ganguly who is referred by many as the man who changed Indian cricket drastically. But he may not have done it without Wright’s exemplary work behind the scenes. The Kiwi justified the reason why teams select a foreign coach, which is to bring about knowledge, ideas and experience of a particular country’s method of functioning which are new to another country and maybe beneficial to it in the long run.

Wright initially met with opposition with his style of coaching, but he was gradually accepted by everyone including the BCCI who had to yield in with his ideas such as increasing the support staff of the team with foreigners having additional posts such as a sports psychologist, fitness trainer-cum-medical doctor and a dietician for example and conducting more fielding drills than batting and bowling ones. By the time Wright left the job, India won a series for the first time in Pakistan, won Test matches in England and Australia and were the second best ODI team in the world having made it to the World Cup final in 2003! Just amazing!

It was the Australian legend Greg Chappell who succeeded Wright as coach, but his and Ganguly’s enmity turned out to be disastrous for India and he insisted on Rahul Dravid being the captain of the team. Even as Chappell nurtured the likes of Yuvraj Singh and Suresh Raina, his ‘my way or the highway’ attitude did not go down well with most of the players and the results of the team in the 2006-07 season was a testament of this, which included India being knocked of the very first round of the 2007 World Cup.

Following Chappell, India decided to have Ravi Shastri, Venkatesh Prasad and Lalchand Rajput as the temporary coaches of the team. During their tenure, India won a Test series in England for the first time in 21 years and the inaugural T20 World Cup in South Africa. It goes to show that the young players might have been very comfortable in communicating with the Indian coaches and choosing a foreign coach again was not necessary as such.

However, after much hoopla, Gary Kirsten of South Africa was selected as the coach and had to work mainly with the captain MS Dhoni. Kirsten was able to bring about what Wright perhaps could not. Team unity! How often do you see India having a wonderful team spirit, yet each player being content individually? Dhoni’s calmness may have helped him lead the team to become the World No.1 side in Test cricket for the first time in the end of 2009 and winning the 50 over World Cup for the first time in 28 years, but I think it was Kirsten who beautified Dhonis’ leadership looking at the current state of Indian cricket. 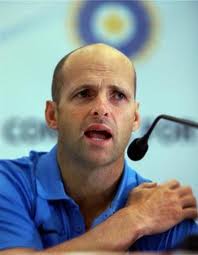 He was the man who made key strategic decisions such as following a rotation policy of players so that they are fit enough to play important matches in the cricketing calendar or sending Dhoni to bat at No.5 rather than the in form Yuvraj Singh during the 2011 World Cup final. Kirsten’s philosophical method of coaching made the period of 2008-2010 belong to India more than any other team in the world, which included just advising the players like a loving elder brother while emphasizing on them playing their natural game so that they can give it their best. Now India would surely regret losing him as South Africa are presently doing wonders under his coaching!

Duncan Fletcher, the Zimbabwean and the former successful coach of England is at the helm at the moment. However, India was ironically whitewashed in consecutive Test series in England as well as Australia and have a lost a Test series at home recently for the first time since 2004. The old problems of Indian cricket seem to be returning such as infighting within the team, poor captaincy and poor fitness and fielding of players.

Fletcher’s seemingly indifferent attitude towards taking responsibility of results seems to have caught on with the other players and Dhoni now has the entire burden to carry. If grey hair at the age of 31 is not a sign of this, then what is? Fletcher was never like this during his tenure in England, and he needs to be involved in the running of the team more so that India begins winning again, and what better a time than the start of a New Year! If he does so, then there is no reason why India should not have a foreign coach.

Through history, I have formulated one opinion that a foreign coach is still the way to go for India as talent has been nurtured extremely well since the year 2000. On the other hand, by now Indian players are accustomed to the foreign style of training and so a legendary player as an Indian coach after ages such as Sourav Ganguly, Rahul Dravid or VVS Laxman for instance would not be a bad idea who would be able to communicate well with the players due to the rapport they share with them from before and make the team play as a unit again, which the team would have to from now on. 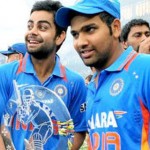 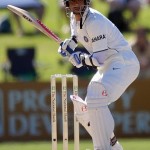