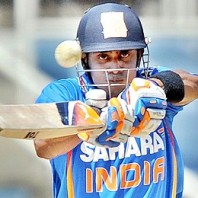 Manoj Tiwary eyes for the last two ODIs vs. England

The emerging middle order batsman of India, Manoj Tiwary, has fully recovered from the side strain and anticipates selection in the final two ODIs vs. England.

He suffered the injury during a Ranji Trophy match while representing Bengal vs. Saurashtra. The First-class game was played from December 8 to 11, 2012, at Saurashtra Cricket Association Stadium, Rajkot. Saurashta scored 209 runs in the first innings and Bengal was bowled out for 112 runs, Manoj Tiwary was batting well at 55 when he was retired hurt. Saurashtra declared their second innings at 8-333 and Bengal managed 160 while batting second. Tiwary was marked absent hurt in the second innings as Bengal lost the match with a huge margin of 270 runs.

Manoj Tiwary never surrendered and fought hard to recover from the injury which could have taken him out for a long time. His mental toughness and the will to recover while viewing energetic speeches and videos helped him recover fast. He described his fitness process by saying,

“The mental strength I have derived comes from my tough upbringing, from my background. We never had much money. I believe in hard work and leave the rest to destiny. My struggles are nothing compared to some other people. I motivate myself by watching motivational speeches and inspirational videos.” 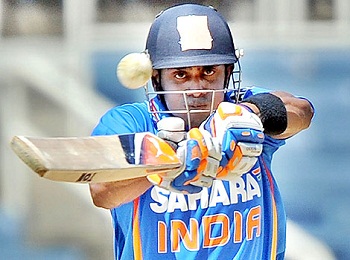 Manoj Tiwary – Anticipates his place vs. England in the final two ODIs

Tiwary is an impressive middle order batsman who has the ability to negotiate against any type of bowling but has been a regular victim of injuries. His shoulder injury in his early part of his career kept him away from international cricket which he could have played much earlier. The youngster finally got his chance when he made his One Day International debut vs. Australia on February 3, 2008, at Brisbane Cricket Ground, Woolloongabba, Brisbane.

The Indian top and middle order batting has struggled in the recently concluded three ODIs against Pakistan and in the ongoing limited overs series vs. England. The Indian selectors will finalise their team for the last two ODIs against England after the third game which will be played on January 19, 2013, at Ranchi. The trainer and physio have sent their report to the national selectors and Manoj Tiwary is confident that he will find his place in the team against England for the remaining two games. He further commented,

“I am feeling fit for selection and have successfully completed my rehabilitation. The physio and the trainer were very satisfied with my recovery and I was progressing better than expected in fact. They should have sent the fitness report to the selectors yesterday. I am now back home in Kolkata, looking to play a few club games (for match practice).” 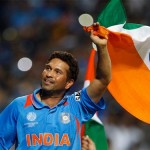