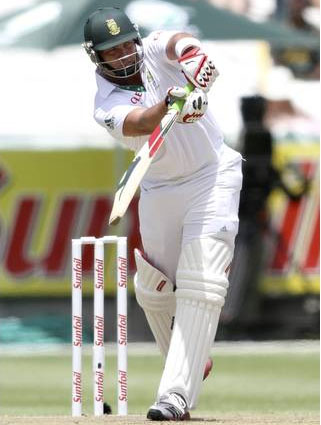 South Africa won the third Test against Sri Lanka by 10 wickets and the series 2-1 which was earned at home after more than three years when Bangladesh was beaten comprehensively 2-0 in November, 2008.

The Protes thrashed 580 runs for the loss of only four wickets in their first innings which included thunderous 224 by Jacques Kallis, powerful unbeaten 160 by AB de Villiers and timely 109 runs smashed by Alviro Petersen.

The Lankan Lions were bowled out on 239 runs in their first innings and faced the follow on. They came out with a better show in the second innings but their whole team was sent back to the pavilion on 342 runs. The home team achieved the target of two runs without any loss and grasped the encounter.

Kallis was declared ‘Player of the match’ which he earned because of his all-round performance.

Earlier Sri Lanka started their second innings on the fourth day at 138 runs for the loss of four wickets, Thilan Samaraweera and Angelo Mathews were at the crease on 19 and 28 runs respectively. They initiated the fourth day’s play in a positive manner, especially Samaraweera was in an aggressive mood and dispatched four boundaries in the first four overs of the day. He overtook Mthews and achieved his fifty on the last ball of the 67th over and continued towards consolidating the innings.

Mathews posted his seventh fifty in the longer version of the game in the 74th over and secured one end while providing ample support to his partner. The duo stabilised the innings and took the score to 220 runs in 82 overs without surrendering any wicket before the lunch interval.

Samaraweera changed his gears after lunch and accumulated 14 runs in the 84th over bowled by Vernon Philander which included three fours as well. The hosts got the first breakthrough of the day when Mathews was declared leg before wicket off Philander even after the decision reviewed by the third umpire. The fourth wicket partnership was biggest of the innings which produced 142 runs.

The next wicket of Dinesh Chandimal was gone after the addition of just eight runs as Thisara Perera came in the middle. Samaraweera completed his century in style by sending the ball reeling out of the rope on the last ball of the 99th over off Imran Tahir. That was the consecutive century by the 35-year-old middle order batsman as he had scored 102 runs in the first innings of the previous Test at Durban which the visitors had won by 208 runs.

Imran Tahir struck for the Proteas in the 101st over when he got rid of Perera who was caught by Morne Morkal at long on at his individual score of 30 runs. The seventh wicket fell at 304 runs when the bowlers of the home team took over and ran through the last three wickets. Samaraweera remained unbeaten on 115 runs as the whole team was bowled out at 342 runs in 107.5 overs.

Philander, Imran Tahir and Kallis took the honours of the bowling by grabbing three wickets each as Morkel claimed one wicket.

South Africa required two runs to win the match which were achieved on the no ball from Dhammika Prasad on the first bowling attempt of the second innings. The Proteas won the match by 10 wickets which enabled them the much required series victory 2-1. 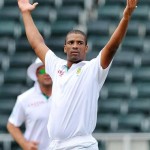 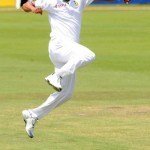 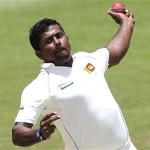