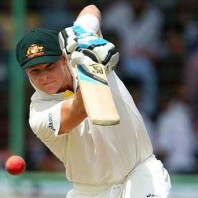 Steven Smith rescued Australia with his second Test ton whereas David Warner, Brad Haddin and Mitchell Johnson assisted him well in the 2nd Test vs. England.

Australia powered 326 runs for the loss of six wickets after playing off 87 overs.

Earlier, Michael Clarke, the skipper of Australia, won the toss and elected to bat first. They lost their first wicket at 13 when Shane Watson got together with David Warner and started playing briskly. The score was taken to 52 when the first was gone for 18 and was replaced by Clarke. 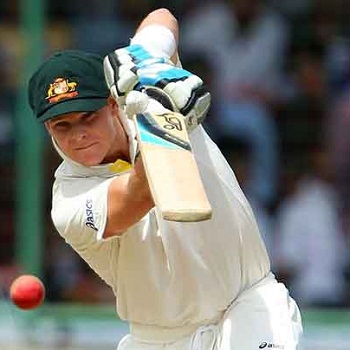 The duo kept on consolidating while Warner was dropped at 37 and Clarke left the scene at 106 after scoring 24. Steven Smith walked in next whereas David Warner completed his 10th Test fifty and was caught by Michael Carberry off Graeme Swann for 60. The Aussies surrendered their fifth wicket at 143 when Brad Haddin joined in with Smith who kept on cruising at his end and went past his half century with a couple of fours. Haddin changed his gears and attained his 15th Test fifty in the 62nd over with a six.

The 124 runs sixth wicket partnership was dislodged at 267 when Brad Haddin lost his wicket for 55. Mitchell Johnson appeared next in the park whereas Steven Smith smashed his second Test hundred with another boundary. Mitchell Johnson enjoyed his stay at the wicket while playing some fluent shots all around the ground and remained unbeaten for 39 with 6 fours. Steven Smith secured his end with a brilliant 103 off 191 balls with 2 lofty sixes and 13 fours as the hosts thrashed 6-326.

Stuart Broad and Greame Swann were the main wicket takers with two each whereas Ben Stokes claimed one wicket.

The first day of the 3rd Test belonged to Australia who has scored enough runs and an addition of another 75-100 runs will put them on top.