The Sri Lankan team will be looking forward to clinch the Asia Cup 2012, after playing scintillating cricket in Australia and make their tally to five.

The Lankan Lions have snatched the distinguished title four times and keeping in view their performance during the recently concluded Commonwealth Bank tri-series, they have a real chance of grabbing the Asia Cup 2012.

The highlights of their previous four titles along with their performance in the finals are being described in the article.

The event was held in Sri Lanka from March 30 until April 6, 1986, Pakistan and India were the other two participating teams as the tournament was played on the round-robin basis.

The final was held between Sri Lanka and Pakistan on April 6, 1986 at Sinhalese Sports Club Ground, Colombo.

Player of the match – Javed Miandad

The tournament was staged in Sri Lanka from July 14 to 26, 1997, the hosts, India, Pakistan and Bangladesh were the participants. The final was played at R Premadasa Stadium, Colombo on July 26.

The final was played between Sri Lanka and India at R Premadasa Stadium, Colombo on August 1, 2004.

The tournament was played from June 24, to July 6, 2008 which was hosted by Pakistan. Bangladesh, India, Hong Kong, Sri Lanka, United Arab Emirates and the hosts took part in the event.

The final was played between India and Sri Lanka on July 6, 2008 at National Stadium, Karachi.

Player of the match – Ajantha Mendis

The Sri Lankan team is enjoying great form and if they apply themselves well in the tournament, they can clinch the trophy for the fifth time. 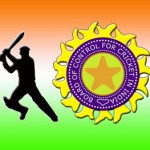 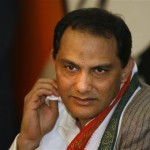