The emerging wall of Indian batting, Virat Kohli, once again played a determined knock in the 1st innings vs. New Zealand and almost took India out of trouble.

New Zealand smashed 365 runs in their first innings, India was cruising well and reached 283 with half of their side back in the pavilion.

The second day’s play came to an end on Saturday, September 1, 2012, at M Chinnaswammy Stadium, Bangalore. 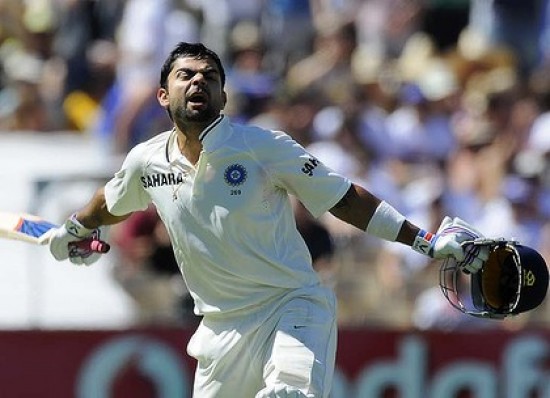 Earlier, the Black Caps started the day at 6-328 in 81.3 overs, Kruger van Wyk and Doug Bracewell were at the crease on 63 and 30 runs respectively. The latter initiated with a four on the very first ball he faced from Umesh Yadav but the seventh wicket partnership was broken after they had contributed 99 valuable runs and enhanced the score to 345 runs. Kruger van Wyk became the first victim for 71 and the Indian Bowlers wiped off the tail in no time. Doug Bracewell was run out for 43 and the entire New Zealand team was bowled out for 365 runs in 90.1 overs.

Pragyan Ojha was the leading wicket taker with five, Zaheer Khan held two whereas Umesh Yadav and Ravichandran Ashwin claimed one wicket each.

India got in trouble instantly when their prominent opener, Gautam Gambhir, was clean bowled by Tim Southee for just two runs. The centurion in the first innings, Cheteshwar Pujara, was caught at fine leg by Trent Boult off Bracewell for nine runs and the home team was reeling at 2-27. The little master, Sachin Tendulkar, joined in next with the opener, Virender Sehwag, who was negotiating well with the pace attack of the Kiwis.

Sehwag opened up with a couple of fours in the 16th over whereas Tendulkar played a subdued innings and managed four mere runs on the 41 balls he faced. The score was taken to 67 when Sehwag was gone for 43 off 60 balls with 8 fours as the wonder boy of the Indian cricket, Virat Kohli appeared on the scene. Tendulkar charged up and got 3 fours in two overs before the third ball of the 24th over from Bracewell penetrated between his bat and pad and dislodged his middle stump. The poor run of form for the master blaster continued and he managed just 17 runs and the fourth wicket was lost at 80.

Another young gun of India, Suresh Raina, entered the park with different ideas and punished Doug Bracewell for three consecutive fours in the 26th over. He added another two in the 28th over and dispatched a six on the second ball of the 31st over. Virat Kohli exhibited his presence with a six on the first ball of the 35th over and Raina ended up the over with a couple of fours. The latter took time for his seventh Test fifty which was achieved on the last ball of the 46th over.

The fifth wicket association resulted in 99 runs as Suresh Raina was gone for 55 off 90 deliveries with 1 six and 9 fours. The wicket fell at 179 runs as the skipper of India, MS Dhoni, walked in the centre and joined with Kohli. Dhoni preferred to attack and lofted the ball twice over the fence in the 54th over off Jeetan Patel. The Indian innings revolved around Virat Kohli who completed his fifth Test fifty on the first ball of the 57th over with a four.

The duo kept on teasing the rival attack while sending the ball out of the rope regularly and saw the day through without any further loss. Virat Kohli was just seven runs short of second Test ton whereas MS Dhoni was unbeaten at 46 as India scored 283 for the loss of five wickets in 78 overs.

Tim Southee and Doug Bracewell were the two bowlers who troubled the top order batting of the home side by grabbing three and two wickets respectively.

India still requires 82 runs before they take any first innings lead while Kohli and Dhoni can bring their team to stability on the third day whereas New Zealand will anticipate folding the rival innings at the earliest. 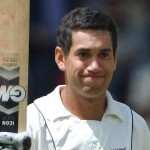 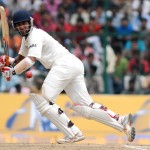 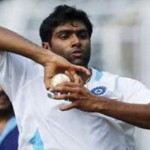 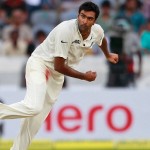