The top order batsman of the Kangaroos, Shane Watson, got back his batting form with a ton whereas the hosts require just 5 English wickets to grasp the Ashes.

Australia posted 385 in the first innings and declared their second at 369 after losing six wickets in 87 overs. The visitors scored 251 runs in their first followed by 5-251 in 67 overs in the second innings.

Earlier, the home side went into bat at 3-235 in 70 overs whereas Shane Watson and Steven Smith were batting at 29 and 5 runs. The first took off briskly by scoring 14 runs in the very first over and reached his fifty in the 74th one. Watson continued with his blast and punished Graeme Swann for 22 runs in the 77th over while Smith was dismissed at 301 for 15 and was replaced by George Bailey.

Shane Watson powered his fourth Test century with another four and became the next victim for 103. Bailey secured his end for 39 as Michael Clarke declared the second innings at 6-369 after gaining an overall lead of 503 runs.

Tim Bresnan and Ben Stokes were the chief wicket takers with two each while Greame Swann got one.

England had a shocking beginning when their skipper, Alastair Cook was clean bowled by Ryan Harris for a duck. Joe Root got together with Michael Carberry and took the score to 62 when the latter was gone for 31. Root became the third victim at 76 after scoring 19 as Kevin Pietersen along with Ian Bell put their heads down for consolidation. Pietersen was the most attacking of the two and the enhanced the partnership to 121 as he lost his wicket for 45 while Ben Stokes associated with Bell.

The duo kept on striking the ball nicely and the latter attained his 39th Test half century in the process. The 99 runs partnership was dislodged at 220 when Ian Bell was caught behind by Brad Haddin off Peter Siddle for 60. Ben Stokes punched his maiden Test fifty with a four and remained unbeaten for 72. Matt Prior was at the other end at seven as the tourists managed 5-251 at stumps.

Australia is in commanding position in the match and will anticipate hunting the remaining five wickets before the lunch interval on the final day. 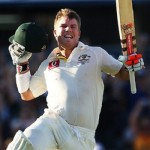 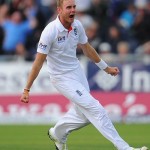 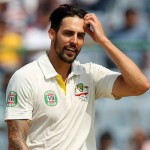